I help you become a better software developer.

Latest posts from the Programmer's Bookshelf 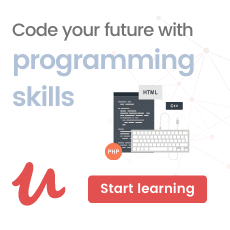 Don't miss anything - join my newsletter

Additional materials and updates for subscribers. No spam guaranteed.
Unsubscribe at any time.

This is the second blog post in "Programmer’s Bookshelf" category, and today I would like to share with you my opinion on the "Deep Work" book by Cal Newport. It’s not about programming, but it’s still beneficial to any software developer out there.

After the first 2 or 3 hours of reading Cal Newport "Deep Work," I was under the impression that this book is a manifesto against modern world Internet-oriented society. It argues with the tendency of being always online reachable, continuously exposed to gigabytes of poor quality information, and chasing all possible updates. Only because we might miss something important. "Deep Work" encourages us to take a few steps back, slow down, and think about what the most essential goals in our life are. In the introductory chapter, Cal Newport explains: "This book is best described as an attempt to formalize and explain my attraction to depth over shallowness, and to detail the types of strategies that have helped me act on this attraction.". It’s important to understand that it is not a silver-bullet or apply-without-questioning kind of book. It’s the author’s view on the deep work, and he explains it from a specific perspective - a computer science professor at Georgetown University.

What is Deep Work?

So, what kind of work is "deep work?" We can find, let’s say, a formal definition in the book that says: "Professional activities performed in a state of distraction-free concentration that pushes your cognitive capabilities to their limit. These efforts create new value, improve your skill, and are hard to replicate." But we can also find a more human-friendly and much better suite definition in it: the type of work that optimizes your performance is deep work. If we combine it with the idea of concentrating on the most important and most valuable activities most of the time, we can see that deep work supports attempts to making our life more meaningful. I’ve read many reviews that shared the opinion that this kind of thinking is caused by a selfish lust for power or something similar. I can’t agree with that. I see bringing more meaning to life a collaborative activity. If we can’t share our happiness or success with others, the effort we put to progress is pointless. The better we become, the better results we can produce for others. 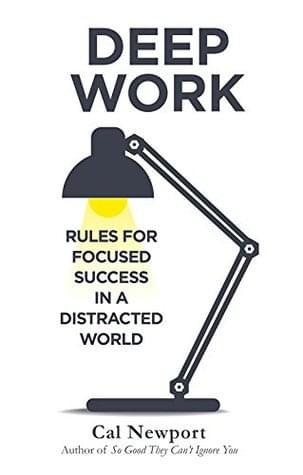 Deep Work: Rules for Focused Success in a Distracted World

Deep work is the ability to focus without distraction on a cognitively demanding task. It's a skill that allows you to quickly master complicated information and produce better results in less time. Deep work will make you better at what you do and provide the sense of true fulfillment that comes from craftsmanship. In short, deep work is like a super power in our increasingly competitive twenty-first century economy. And yet, most people have lost the ability to go deep-spending their days instead in a frantic blur of e-mail and social media, not even realizing there's a better way. (source: amazon.com)

Get from ebookpoint.pl (ebook)
The above links are affiliate links. If you decide to buy a book using my affiliate link, I will get a small percentage from your purchase. The affiliate link does not affect the final price of the product. Using it costs you nothing.

How to practice Deep Work?

The first rule explained in the book focuses on how to work deeply. It starts with an extreme example of Donald Knuth’s so-called "Monastic Philosophy," where he can dedicate almost 100% of his time to distraction-free and highly-focused work. This type of practice applies to a tiny amount of people worldwide. Still, there are three more philosophies we can put into action. The first of them, called "Bimodal Philosophy," assumes that you can dedicate a significant amount of time during the year to in-depth work (e.g., one or two months a year you take a break from day-to-day practice and during that time you dedicate to the deep work only). The second of them, "The Rhythmic Philosophy," sounds most practical - every regular amount of time (e.g., every day) you dedicate some part of the day to distraction-free deep work. This philosophy is mostly applied to early morning rituals, where you can assign an hour or two to work on something that matters to you most. And the last philosophy Cal Newport describes is called "The Journalistic Philosophy," and he uses Walter Isaacson as an example of a person who can jump into in-depth work mode almost any time he gets inspired. He doesn’t rate one philosophy over another; it’s not a competition. It’s not even a closed list, and it is entirely possible that there are other techniques (or philosophies) that do the work even better. It is mostly about choosing whatever works for us best and taking the best of it.

Is "Deep Work" worth reading?

The binary Yes/No answer is - yes. But it depends. I’ve found "Deep Work" an exciting and practical lecture because it felt like I lost the ability to work with a high level of concentration some time ago. It’s not revolutionary, and it does not present any ideas you won’t find in other books. However, it still condenses many useful and scientific proven information. It might look too wordy, and it could do the same job half size. Also, some of the examples are sound bizarre and very inaccurate (like the ones described with "Embrace boredom" rule). But it doesn’t change the fact that it presents valuable and useful information to any knowledge-worker. 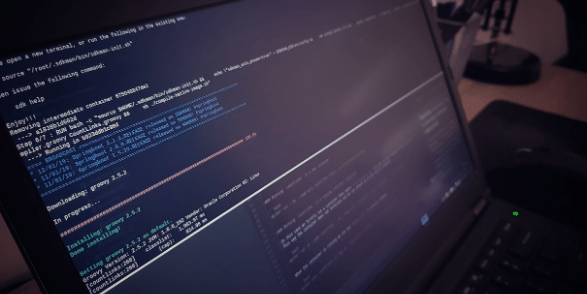 The Apache Groovy programming language has extraordinary scripting capabilities. When you combine it with the Grape dependency management system, it turns out that the sky is the limit. In one of the previous blog posts, I explained how you can start compiling Groovy code to the native binary files, using GraalVM’s native-image compiler. This time I tried to do the same with the Groovy script that uses Grape to provide an external library to the classpath. I thought it won’t be possible, but luckily - I was wrong.

Sticking to the process of achieving my goals has always been one of the most difficult obstacle...

There are books you read once, and you don’t plan to read them back again any time soon. H...

Any thoughts or ideas?

Let's talk in the comment's section 💬